The felt hat brings a classic chic touch to the silhouette, and is more than helpful on a rainy day to keep it warm and dry. Hurry up, the sunny days will be soon back…

From a vintage movie 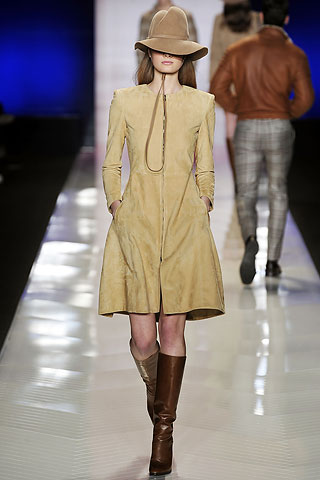 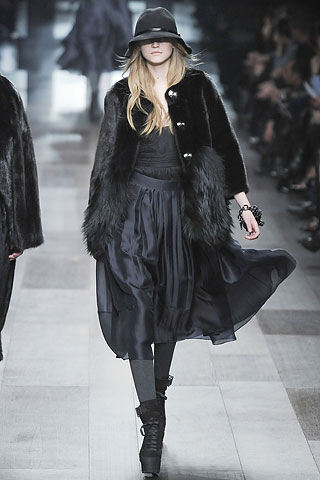 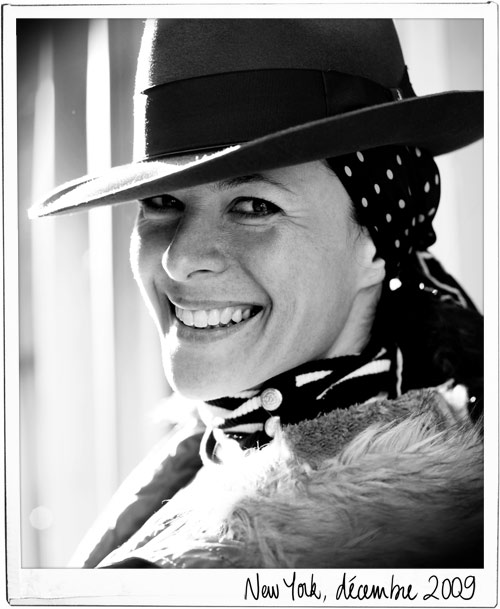 Garance Doré, who wrote about her hat here.

Lauren Bastide – ELLE (on the facehunter) 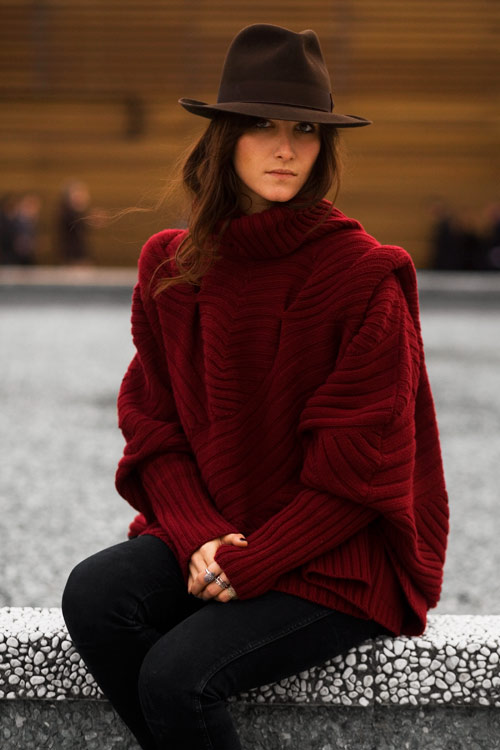 credits : the Sartorialist and Garance Doré 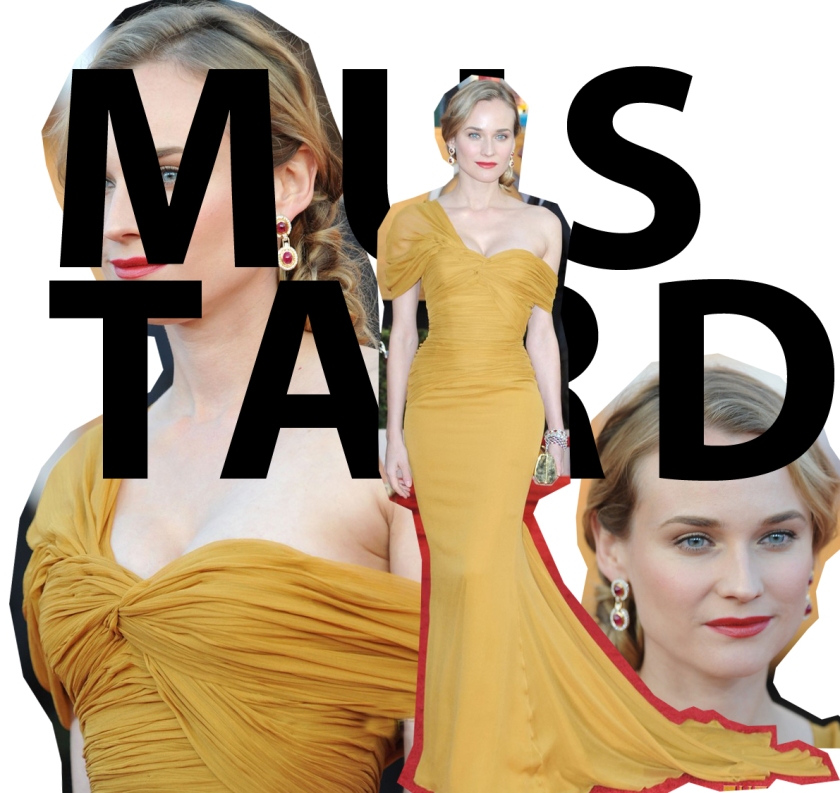 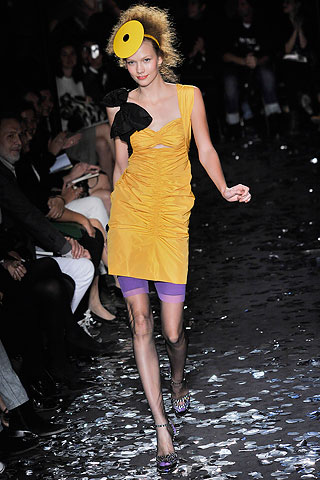 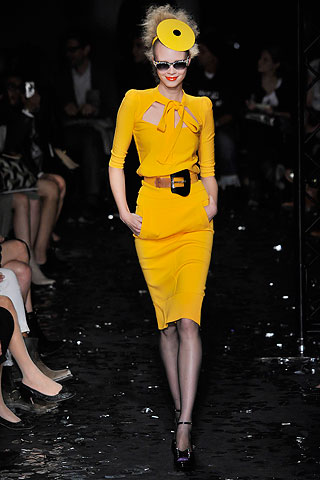 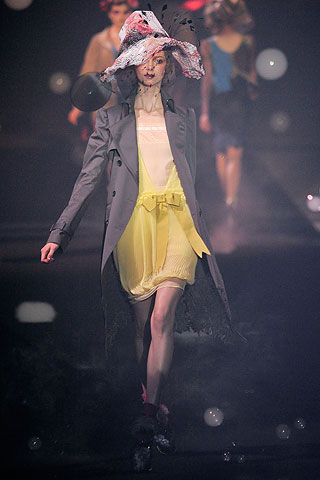 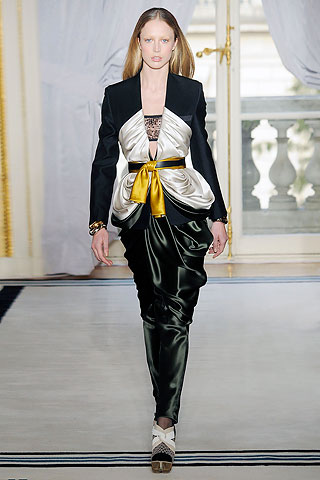 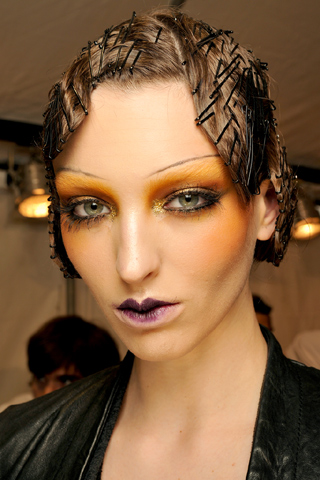 On fashion bloggers
Recent pics posted by – from top to bottom – Jane from Sea of Shoes, Rumi from Fashion Toast, and Tavi from Style Rookie. 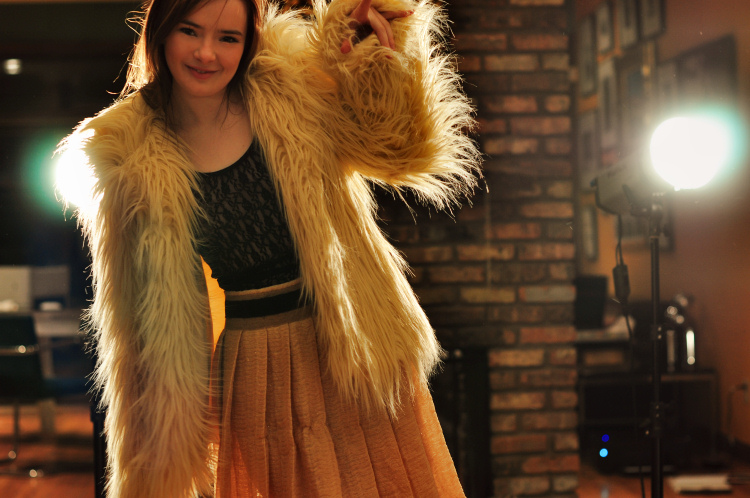 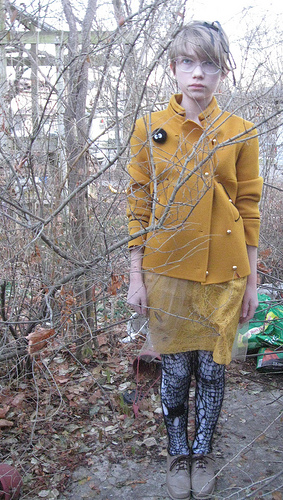 In the street
Details, in various pics from the Sartorialist and the Facehunter. And yes, I believe that on the last pic, the choice of the mustard scarf is a fashion statement. 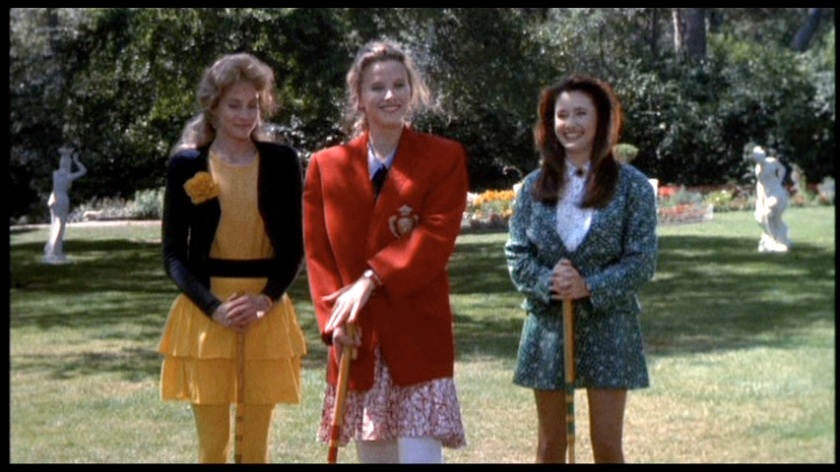 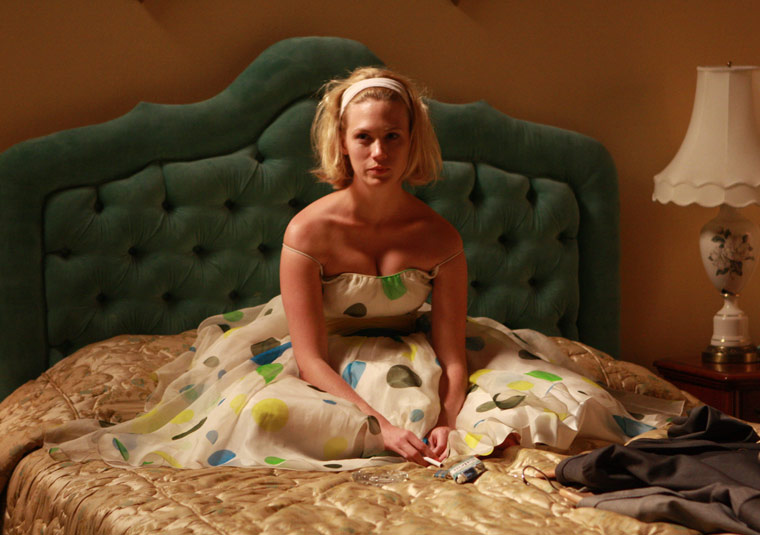 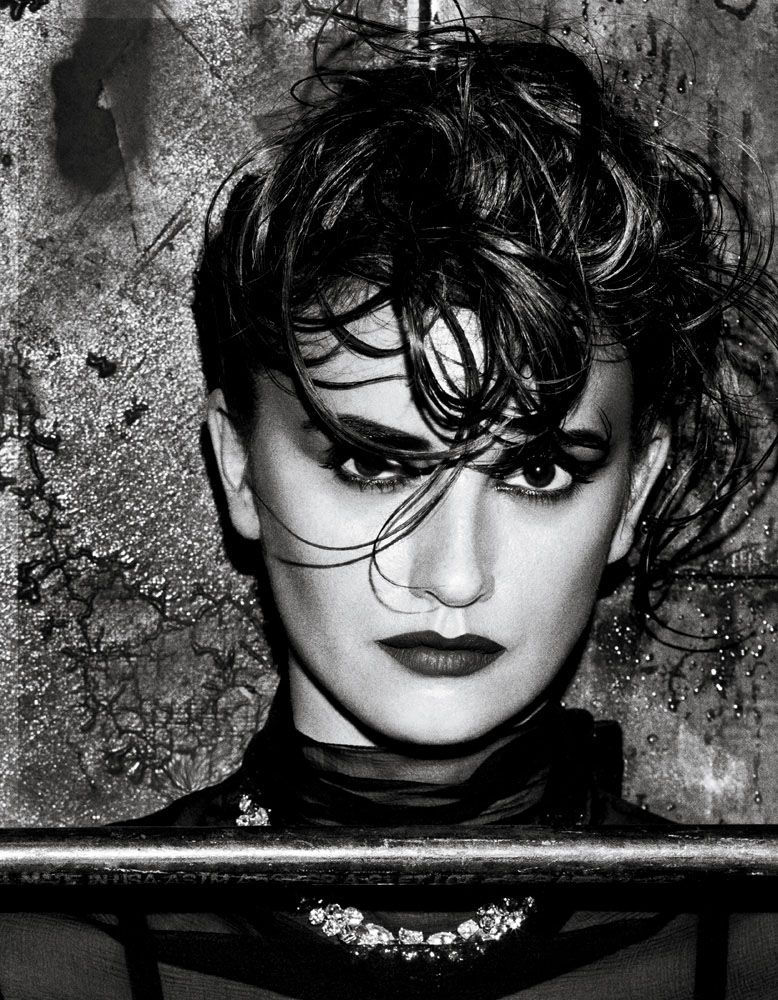 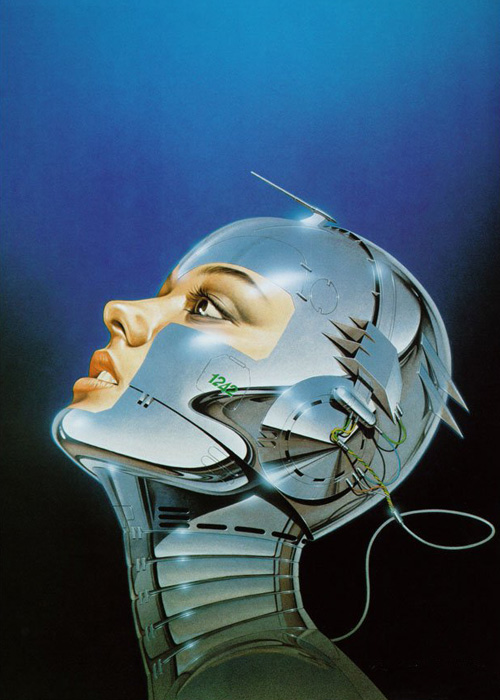 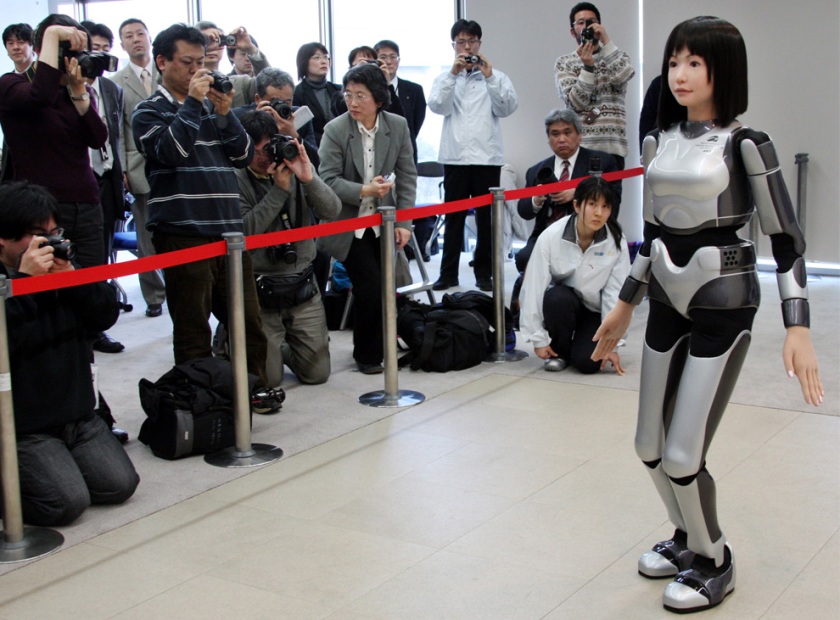 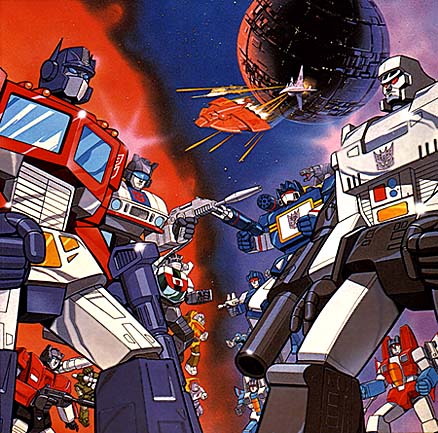 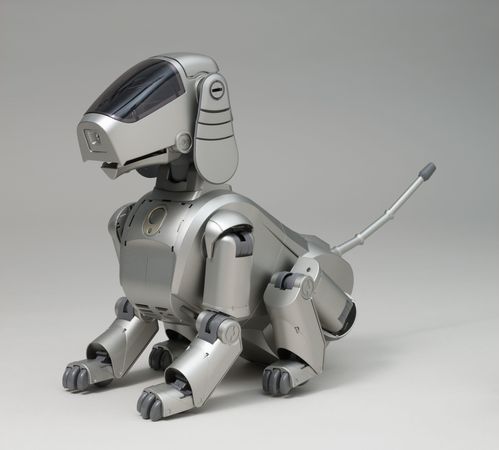 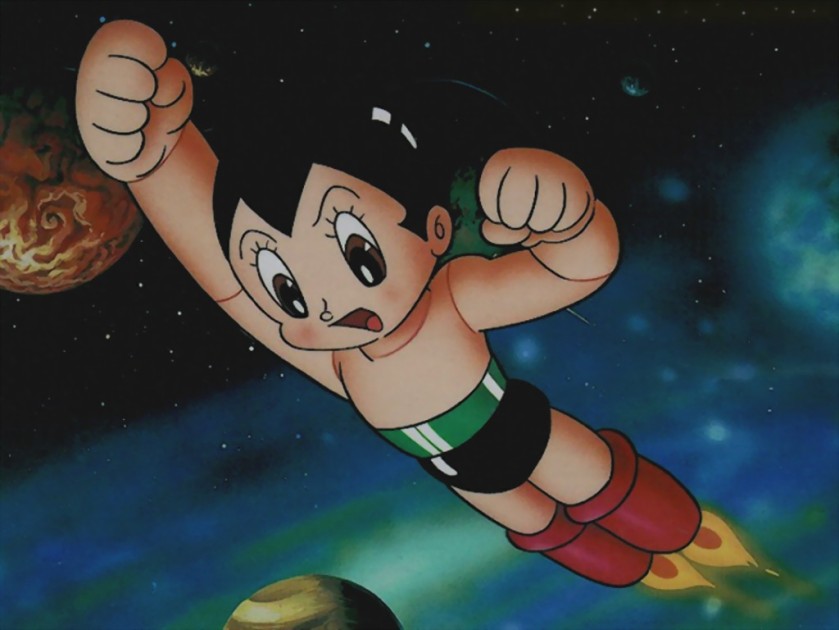 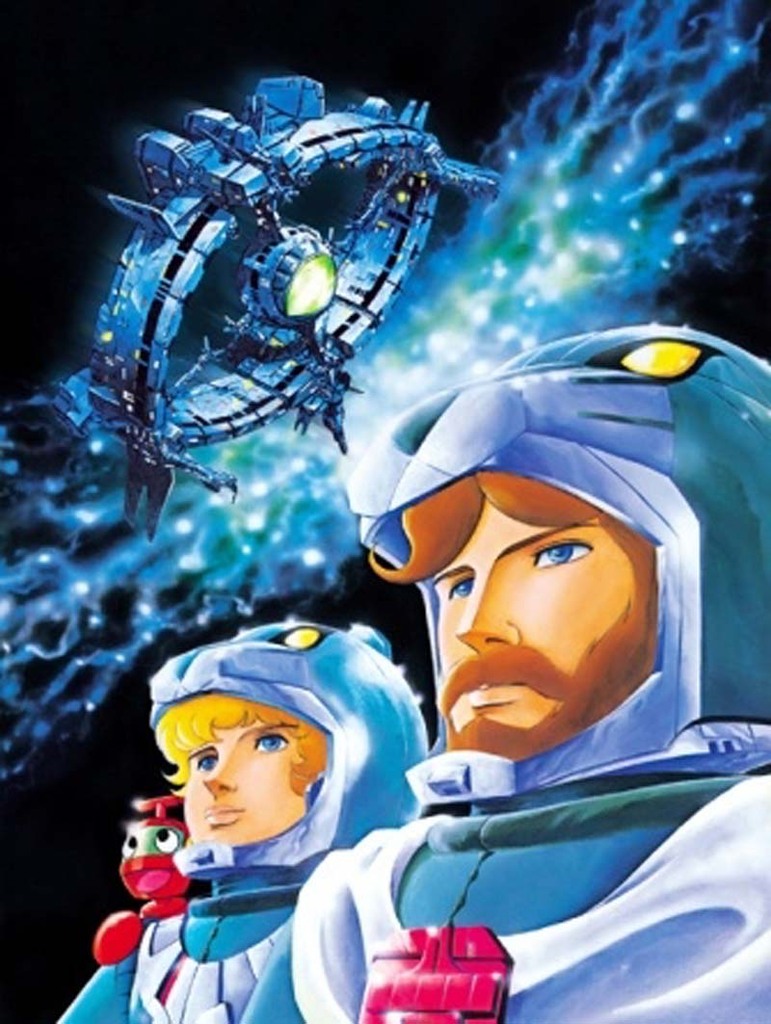 I’m never against some good old education for mainstream tweens. 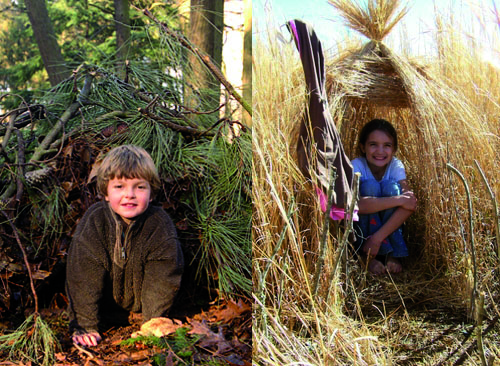 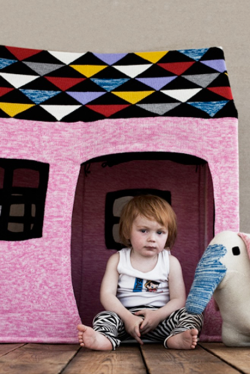 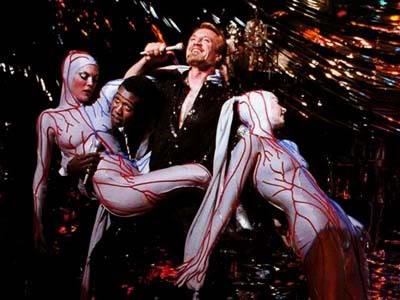 What an amazing video to begin a sunny week. I definitely need to see this movie asap. Apart from the greatness of the scene, it’s interesting to see how the costumes palette is so Fall Winter 2009-10. And it’s very much sex, drugs and dance. Hmmm. And see this picture above, the venous costume, incredible.
For your information, Bob Fosse, who directed this musical and whose life inspired the screenplay, was recently brought back to light when Beyonce reproduced one of his choregraphies for her now-famous single ladies dance.
Below an extract of the “All That Jazz” wiki page. And then, the two single ladies dances, which is a real “FROM COOL … TO COOL”.

All That Jazz is a 1979 American musical film directed by Bob Fosse. The screenplay by Robert Alan Aurthur and Fosse is a semi-autobiographical fantasy based on aspects of the dancer, choreographer, and director’s life and career. The film was inspired by Fosse’s manic effort to edit his film Lenny while simultaneously staging his 1975 Broadway musical Chicago. It borrows its title from a Kander and Ebb tune in that production.
Choreographing and casting for dancers for his next Broadway show, while editing his severely over-budget and over-schedule Hollywood production about a standup comic is getting to Joe Gideon. He is a workaholic choreographer and theater director who chain-smokes and chain-sleeps with all of his dancers. Without a daily dose of Vivaldi, Visine, Alka-Seltzer, Dexedrine and sex, he wouldn’t have the energy to keep up the biggest show of them all — his life. His girlfriend Katie Jagger, his ex-wife Audrey Paris and daughter Michelle try to pull him back from the brink, but it is too late for his exhausted body and stress-ravaged heart. Decades of overworking and constant tremendous stress have gotten to Gideon. In his imagination, he already flirts with an angel of death named Angelique… (source Wiki)

Here is the video for Lenny Kravitz’ Let Love Rule remixed by the incredible French Justice. I love the initial track that I happened to know through my big sis when I was 12. I must thank Lenny for my good English marks, by the way. The remix is very much what you would expect (fuck Nicole), but is efficient though.
And then, the video. Well, it’s truly a success. The image is really great, the cast reminds us of Marty Mc Fly from Back To The Future, the concept is catchy and well realized, as for the timeline which takes enough time to settle the story. Bravo.

After a trip back to Blade Runner last season, Gareth is still into classy fashion sci-fi.
Any silhouette can be seen as the character of a dark futurist movie, which scenario I’d love to read.
I imagine the world in 2214, after the apocalypse the earth is covered with ashes. I recognize a high priestess, the underworld queen, some common people, exhausted servants, in a sad sad world. But they will survive. Yeah. Yeah. This collection is very much inspired by Edward Scissorhands also I guess, and his hugs undoubtedly provoked irreversible damages. 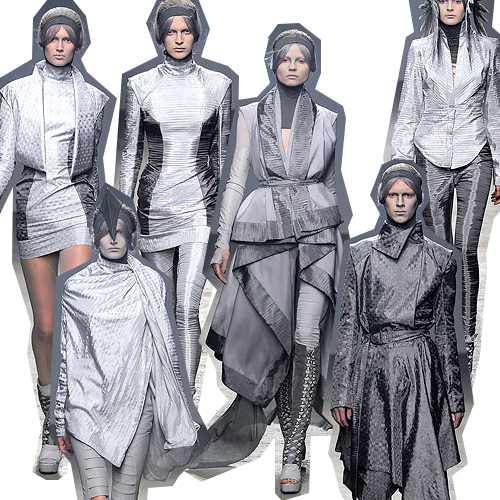 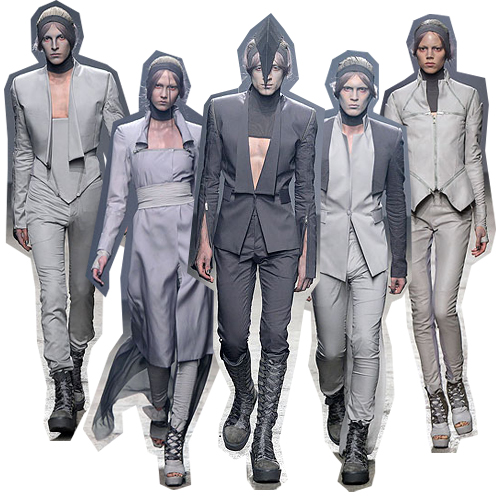